Know nothing about spalting?  Here are some of the most common questions I get asked.

Spalting is any color on wood caused by a fungus.  Colors caused by trees as a host response are not spalting.  Examples of things people often THINK are spalting, but are NOT, include boxelder (Manitoba maple, Acer negundo), the green streaks in hard maple and basswood, the purple in lilac, etc.  Blue stained pine is spalting, as is ambrosia maple, as fungi cause the coloring, although they are vectored into the wood by insects.

Different types of spalting look very different microscopically.  But the adjacent image is a good representation of what pigment-type spalting looks like in a hardwood.  The pink strand is from Scytalidium cuboideum.

How long does spalting take?

Each different fungus takes a different amount of time to colonize different wood species.  There is no one answer for this, but, in general, if you are doing things correctly, it should take about 12 weeks or less.

What are the best conditions for spalting?

No.  Black lines (called ‘zone lines’) are just one tiny facet of the spalting universe.  White rot, the thing you get before you get zone lines, and pigmentation (think blue pine or green oak) are also spalting.  In fact, the oldest know use of spalted wood was the use of Chlorociboria green stained wood in intarsia inlays of 14th century Italy.

I don’t know how to answer this.  The word ‘mold’ isn’t a category, really.  A lot of people take it to mean fungi that are common in air, that produce tons of spores, and are general irritants.  And if that is your definition then no, mold fungi can’t spalt.  They don’t have the enzymes necessary to break down wood to get inside.  But if you define molds as Ascomycetes that sporulate heavily in culture then yes, some do spalt – mostly in the genus Scytalidium.

Is spalting dangerous?
No.  And please stop sending me your hate mail on this subject.  For more information, see the August 2011 issue of American Woodturner, pages 44-51, titled Spalting Health and Safety.  Alternatively, take a course on wood decay fungi at your local university.

Can I spalt one piece of wood by putting another piece of pre-spalted wood next to it / on it?  What about spalted wood shavings?

Can you spalt kiln dried lumber?

Yes. Just get the moisture content back up to around 30% and have at it. The only thing you won’t be able to get this time around is blue stain.

What is your secret recipe for spalting?

Does spalted wood need to be stabilized?

No. Many woodworkers prefer to stabilize their spalted wood because it removes differences in density across the piece and can make turning/machining more uniform. It is certainly possible to woodwork spalted wood, even pieces crumbling in your hand, safely, without stabilizing. For woodturning in particular, this is a skill developed over time. We actually run a two-day workshop specifically on turning spalted wood without stabilizers, which, if you’re interested in getting into the nitty gritty of spalted turning, is a great opportunity. In addition, wood you spalt yourself under controlled conditions seldom gets to a place where stabilization would be needed. Spalting at home takes most of the ‘punk’ out of spalted wood.

Can you send me articles on spalting?

Yes, but you need to be more specific.  As of mid-2013 I’ve written nearly thirty articles on spalting, ranging from academic journal articles, to magazine articles, to books.  If you can identify which you would like sent to you, I will do so happily.

Can I work in your lab?

Yes!  But please e-mail me first and we can discuss what funding options are available, your background, etc.

The spalting book has had exactly the effect I hoped it would, in that it has changed the conversation on spalting. Questions have gotten more advanced, and thus, we have a new FAQ! I’ll keep compiling from my e-mails, but in the mean time, if there is an advanced question you’d like to see in here, don’t hesitate to e-mail me.

What type, specifically, of barley media should I use for my home spalting cultures?

Don Stephan very nicely did a comparative test for us of the different types of barley powders, and found that barley malt extract is ideal. Diastatic malt powder will also work.

Why shouldn’t I use liquid cultures? I have so much wood to inoculate that solid cultures would take too long.

We have run extensive testing on solid media versus liquid media, and every time, the liquid media performs poorly. We think this has to do with the higher ratio of nutrient to mycelia, and also the load. To be readily sprayed, liquid media is usually diluted with water, or is just dumped onto wood. First, this involves far more nutrient base than a standard agar plate, and second, the mycelial load is spread across the surface instead of concentrated in one area. For whatever reason, this greatly impacts the amount of spalting. As such, we recommend solid cultures only for inoculation.

There are no upcoming events at this time. 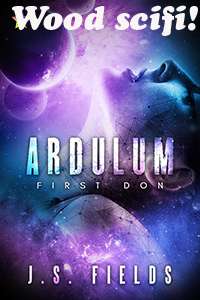 Northern Spalting is a outgrowth of the Applied Mycology Lab, Department Of Wood Science and Engineering, Oregon State University.

You can contribute to our research fund here!

All income generated by sales at Northern Spalting goes back into spalting research!

Join the Spalting Co-op at our Patreon! 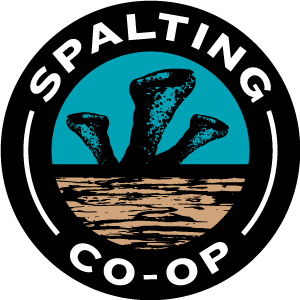